Moving with a Large Breed Dog

Moving with a Large Breed Dog
By: Britney Anderson 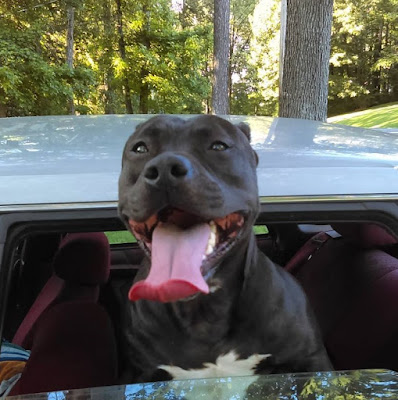 Moving with pitbulls, and other large breed dogs can be “ruff”. Here are a couple tips for getting your pup in your dream place.

I just moved with my pitbull, Shadow, who like a lot of pits I know, is an absolute softie. He wouldn’t hurt a fly so I figured finding an apartment wouldn’t be that tough. Well, it’s definitely harder than I expected.

My last place was owned by a family friend so Shadow was never an issue, turns out a lot apartments don’t allow pitbulls or a variety of larger dogs in. Many of their websites listed resident safety as a reason or explained that it was just too risky for the apartment. The properties I found that did allow pits were either too pricey, too far, or did not meet my requirements. So here’s how I got around it. 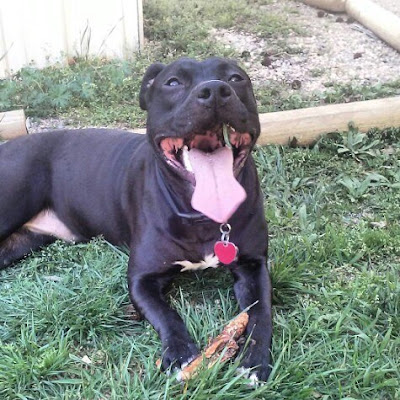 One. Make a pet resume.

Now this seems silly to some people, but pet resumes are surprisingly helpful for larger breeds. Pet resumes let you give someone a concise sheet of why your dog rocks and with a cute picture this can melt some landlords’ hearts. Check out the site I used to make mine here.

The only way you’re going to get into an apartment that isn’t pit-friendly is by talking to them. I narrowed my list to a few different properties and started calling. Many flat out rejected me, that’s okay though, I moved on. I found a few who would be willing to take on a pup, on a case by case basis. That was good! I emailed the resume or dropped it off to most places, and every time I went in person the landlord or front desk person thought it was very thoughtful and cute. Which is great!

Three. Set up a tour of the apartment and talk about your pup.

This is important. I toured all the apartments by myself first and met the people who might be my future landlords. This way I could see the apartment and they could meet me. Bring a smile and have a good time, you’re looking for a new home after all. Poke around and see if you’d be comfortable here with your pup. Ask questions and tell them all the great things about your dog. You can get a pretty good idea whether or not it’s worth going to step four from here. This is also a good time to give them the resume in case you weren’t able to email it over in step two.

Four. Set up a meet-and-greet with your pup.

Now’s your chance! Show your landlord how lovely your pup is. Take them for a run first though, tire them out as much as possible and give them a bath. You don’t want them to think their apartment is going to smell when you live there. Also, bring some treats. I did this for Shadow and the couple of people that got to this stage were very impressed with the few tricks he knew how to do for treats and how sweet he was.

After all this I ended up choosing a house that I had taken Shadow on a meet-and-greet to that had a yard (what a plus). My current landlord apparently had the restrictions in place because years back a pitbull had destroyed a couple of doors and scratched up the walls. This was because the owner had locked him in a bedroom when he left some weekends without a crate or anything. Definitely not an issue to be attributed to his breed.

In conclusion, some places that say no large breeds might do so because there are many problematic large dogs out there. Proving to your landlord that your pup shouldn’t be grouped in is very crucial. Moving with a large dog is also tricky too! Here are some resources I found extremely helpful in getting my pup to and from safely and that kept him calm. Personally, I’d also recommend a thundershirt or some type of similar piece of anxiety-wear. 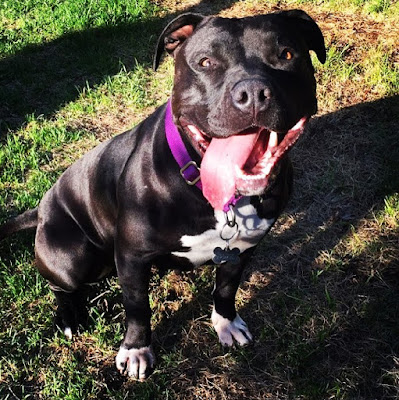 Resourceful links:
For more resources regarding your pet, go to SVPP - Resources.

Posted by Unknown at 7:02 AM No comments: