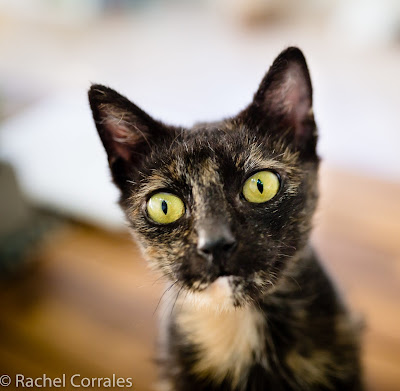 What was it about Xena that caught your attention?

When Erin and I arrived at The Dancing Cat, we noticed all the cats that were in the main room, but Erin was immediately captivated by Lulu, a very friendly tan tabby who was in residence at the time. Meanwhile, I noticed a rather scraggly-looking tortoiseshell in one of the cat-trees, struck by the fact that she looked like she had hardly any whiskers. Of course, this was Xena, who had been at The Dancing Cat a couple of weeks after her time at the San Jose Animal Care Center. Ann Chasson, co-founder of The Dancing Cat, told us a bit about Xena’s story, and while Xena wasn’t especially social, she was interesting and I could see the beauty of the cat that was lurking under fur that was still growing back after her bout with scabies/feline mange.

After our visit, I started noticing many of the absolutely gorgeous photos of Xena that had been taken by regular The Dancing Cat photographer Rachel Corrales. Rachel’s images showed off Xena’s beauty but also her feisty personality and captivating golden eyes. I started thinking more and more about Xena, and the possibility of adoption started creeping into my thoughts, just a little. 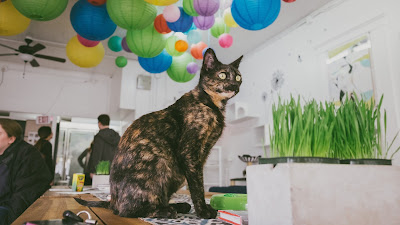 How did you decide to move forward with Xena's adoption?

I watched The Dancing Cat’s Instagram account for photos and news about Xena. After about a month, I decided I would take a trip down from San Francisco (where I was staying by then) to see her again. Xena was looking healthier, and although she wasn’t really into being petted or picked up, she LOVED playing. We spent an hour together and I really enjoyed it. Ann gave me more information about Xena’s ordeal, including the Tails of a Shelter Vet video about her that could be seen on YouTube.

I couldn’t say exactly what it was about Xena that grabbed me so strongly. I have known other beautiful cats, and other cats with sad stories. They say the cat picks the human, and I think in this case that’s totally true. I KNEW that The Dancing Cat would find an awesome home for Xena - just like they do all their cats. But I came to realize that if she was placed with anyone else but me, I would never see her again, and I was just not OK with that. After one more visit to The Dancing Cat, and another chat with Ann (who thought I would be just the right sort of person for Xena, who didn’t get along all that well with the other cats), I downloaded the adoption application, filled it out, took a deep breath and submitted it! 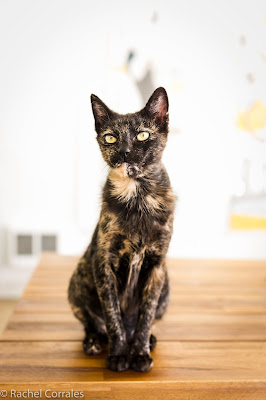 I could NOT be happier with my decision to adopt Xena. She’s definitely one of the best decisions I have ever made - I love my warrior princess and am glad she is my Forever Girl!


Editor's Comment: This is the fourth of our series of "SVPP Adopter's Stories" about how their adopted pet came into their family and changed their lives. We encourage all of our adopters to share their stories with us by contacting us at info@svpetproject.org.
Posted by Unknown at 5:28 PM No comments:

Editor's Note: "Fospice" is a term used in animal welfare for providing a temporary home to a pet that is in the last stages of their life (typically a prognosis of fewer than 6 months). It takes an extraordinary person to open their home to a senior and/or chronically ill pet to give them some comfort before they pass. We celebrate individuals and organizations that care for these pets at the time they need our compassion the most. 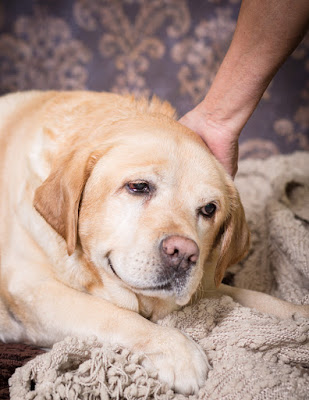 The Bud was with me less than a month and I am left wondering how I can feel so heartbroken when I knew him for such a short while. I guess it's because I believed that he would be fine and that we would have another year or so together. I believed that unconditional love would cure what ailed him. I believed that if I loved him enough, he would be just fine. But it was not to be. Buddy was surrendered to the shelter by his humans–for euthanasia. It was noted that he had a limp and he was overweight–maybe arthritis or maybe cancer. Either way, he didn’t deserve to be abandoned to spend his last days alone and in a cage at a noisy and stressful shelter. Silicon Valley Pet Project stepped up and offered to rescue him if they could find someone to foster him. I went to pick up The Bud, and immediately fell in love with the big lug. He came limping out of the kennel, tail wagging and was happy to follow this new human home. 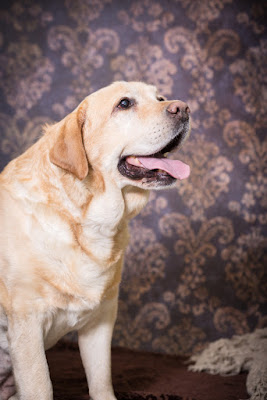 Then it was a matter of tests. Xrays showed that he had some suspicious spots on his elbows and knees that could be cancer. Then it was on to the specialists for an ultrasound and chest xrays, thinking that if it was cancer, it would have metastasized. He came through those tests with an all-clear and my hopes soared. Just a little weight reduction and some painkillers and some carpet runners for the hardwood floors, and we would be just fine.
But he started declining. At first, it was a slight loss of appetite, so I switched food. Then it was my reluctant admission that the Rimadyl and Tramadol didn’t seem to be making him any more comfortable. I knew that it was time and still I didn’t want to let him go. 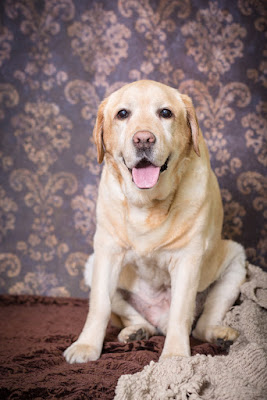 I called Buddy "Thumper" because he would thump his big tail whenever I approached. He would lie on his side and barely lift his hind leg so that I would give him a tummy rub. I would always finish off the tummy rub with a kiss on his muzzle and an “I love you, my special boy” whispered in his ear. I called him my Elmer Fudd. He had a sweet innocence about him–oh boy, oh boy, which way did they go? He would get excited, but everything was done in slow motion–in Buddy time. I believe that Buddy crossed over The Rainbow Bridge and that his spirit soars. He can dream his dreams and snooze through his naps. He can awaken and easily rise to his feet and shake out his coat, all without pain or struggle. He is free of the confinement of an aging and deteriorating body. He is free to run through fields, to stop and sniff every blade of grass and to plop himself down and roll onto his back and wriggle and scratch, with his legs freely waving to the clouds.