Okay, so who hasn’t had that reaction at least once when seeing a newborn kitten? 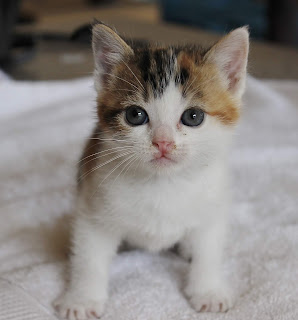 I’ve been having that reaction pretty frequently lately.
We are in the midst of kitten season and SVPP is taking in more kittens than ever.  I’m copied on “intake” emails and see photos of every adorable, helpless, barely out-of-the-womb felines that SVPP rescues for foster care.
Kitten season — traditionally spring and summer — is the when animal welfare facilities are flooded with newborns who need rescue. SVPP has helped with kitten season since its inception in 2015.  But, this year is different. The San Jose Animal Care Center has discontinued its kitten care program, so SVPP and other local rescues are expecting to tend to up to 1,000 additional kittens in the next three to four months. 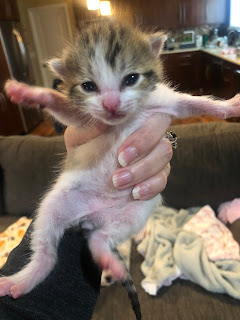 While the shear numbers are overwhelming, the kittens with the greatest need – bottle babies – are at the greatest risk.  These neonatal kittens, often separated from a nursing mom too soon, require skill and resources to just survive. SVPP is beginning to collaborate with other local rescue organizations to help address this tremendous need, but we need your help.

Please consider one of these many ways to help save a life!
o   Attend one of our fun adoption events or fundraisers.
o   Donate to SVPP directly.
o   Purchase something on our wish list from Amazon.
o   Complete a foster application.
o   Adopt!
o   Spread the word!
o   Follow us on Facebook, Instagram and Twitter.
Maybe, before it’s all over, you’ll say, “That one’s mine!” 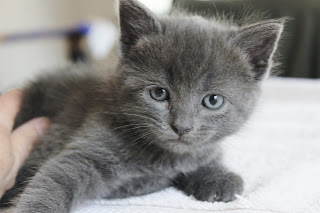 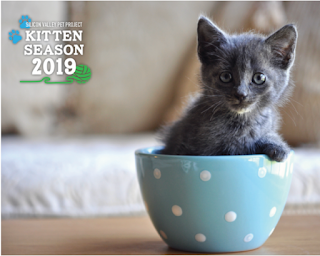 Karen Zamel is a long-time foster, volunteer and now member of the communications team at SVPP.

Posted by Karen Zamel at 8:44 PM No comments: